When I first started to learn Kotlin Multiplatform in 2018, I started by trying to build an app that displays a list of videos and plays them for both Android and iOS. I had given a presentation from my learnings at the Kotlin NYC meetup. During that time, it was challenging to set up network requests, serialization and video playback. I had to use multiple IDEs (XCode, Android Studio, CLion). But, Kotlin Multiplatform has come along far since 2018. In this article, I’ll explore how to build a Kotlin Multiplatform app in 2021 and compare it with my previous experience.

I started to explore Kotlin Multiplatform because it allows you to share code between Android and iOS. We solve similar problems on both platforms such as getting data from the network, parsing it, handling analytics and implementing business logic. There are similar libraries and approaches to tackling these problems on both platforms. Solving these problems once is beneficial across Android and iOS. 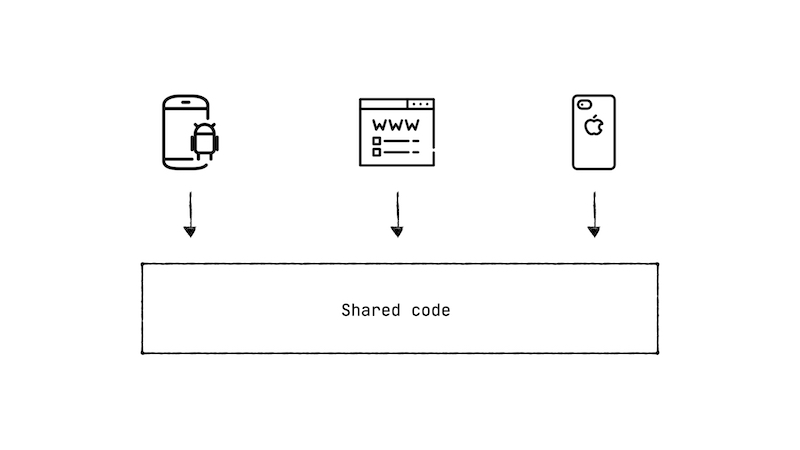 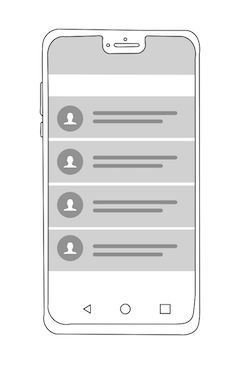 We’ll build an Android and iOS app that gets data from the network, caches it and displays it in the UI. It’s a very simple example of a Kotlin Multiplatform app.

In our project setup, we will have a shared module containing an API client and logic to cache data. 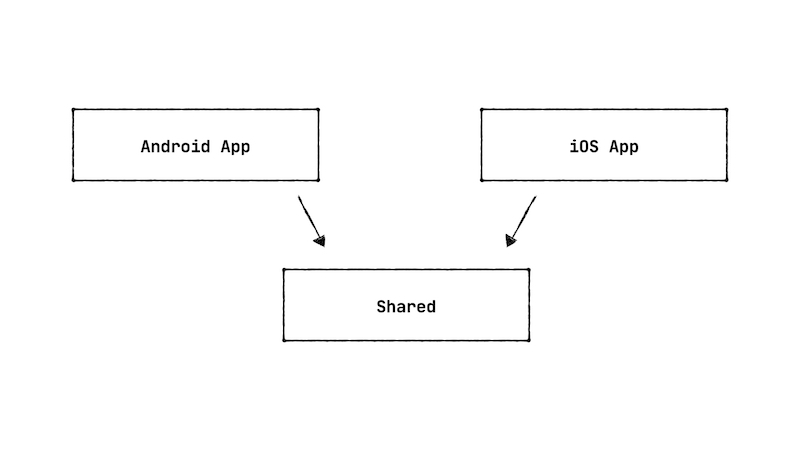 How do we set up our project?

The Kotlin Multiplatform plugin creates the scaffolding for a project. It will create the following directory structure for a shared module. The structure contains a source set for platform specific logic for iOS (iOSMain) and Android (AndroidMain) and for common code (commonMain). 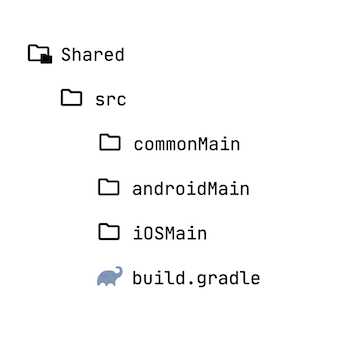 The build script gives you the ability to specify dependencies for each of your source sets.

We want to create an API client in the shared module that fetches data from the network.

Under the hood, Ktor uses different ways to make requests based on the platform. If it is JVM it will create an HTTP stream. On the other hand for iOS, NSURLSession.

For our use case, we want to get a list of users. We’ll define a data transfer object for a user. It contains only two fields - the name and location of the user.

The client will have a method to get a list of users for our use case. In order to do this, we’ll define the users endpoint and ask Ktor to make the request.

Coroutines have Kotlin Multiplatform support. Therefore, getUsers is a suspending method that returns a list of users.

Everything I’ve done so far was actually very challenging when KMM was initially introduced. Back in 2018, I used this library http-client-common to setup network requests. This logic used in the library for using NSURLSession and Http Stream on JVM carried over to Ktor. During that time, multiplatform support for serialization was still under development. A branch existed example-gen that was difficult to set up. On iOS, I used the Codeable protocol extension.

How will we consume this client on Android? We could create a view model that launches a coroutine and communities with the client to get users.

On iOS, I have similarly defined a View Model that gets a list of users. The getUsers method in this case has a completion handler. It’s not a suspending method rather you’re passing in a callback.

For iOS, a framework is generated for your shared module that is consumed in the iOS app. 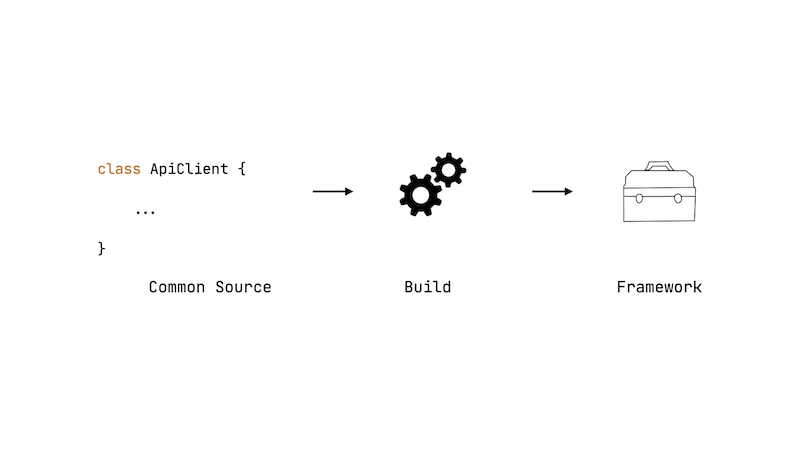 How is the User class mapped in the framework?

There are two classes in the framework - SharedBase and SharedUser. The class names were prefixed by the name of the shared module. It is possible to configure the name.

The SharedUser interface has two read only values defined. For interoperability with Swift, the swift_name method is used to specify a clear type name.

In my experience of using Kotlin Multiplatform, I found the push back from iOS developers was that it was an Objective-C framework. They wanted to consume a Swift framework to have access to modern languages features in Swift such as value types.

Thus far, we have built a simple Android and iOS that uses a shared client to get data. We accomplished this by using Ktor, Kotlin serialization library and coroutines. 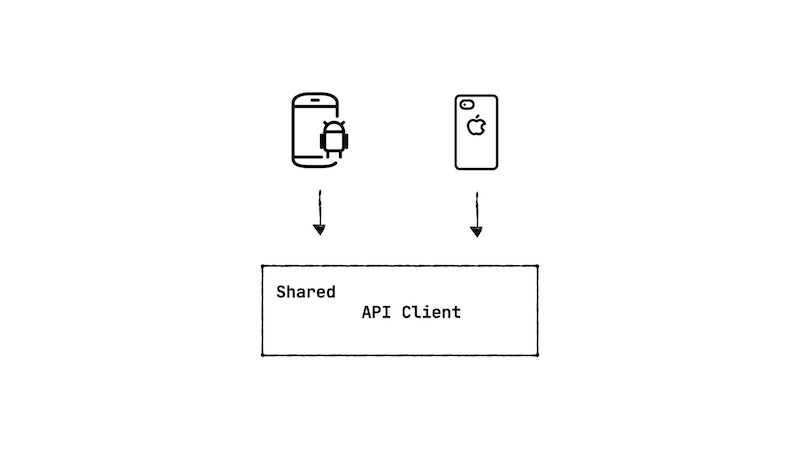 For our use case, we want to cache the returned data in the database. We’ll use the SQL Delight library. It’s a Multiplatform library that provides a driver for Android and iOS. 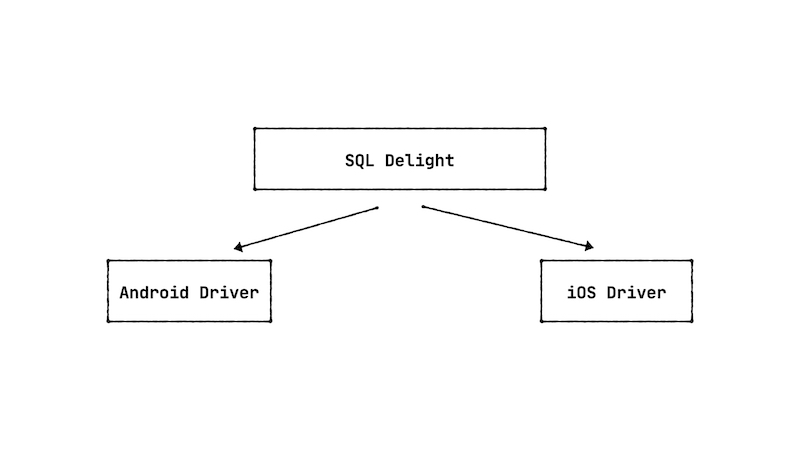 In the shared module, we’ll add a sql file which will contain SQL queries and statements to create a User table. 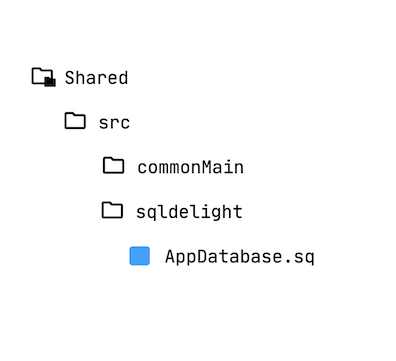 These statements allow us to insert a user in the User table and get a particular user. SQL Delight library will create a AppDatabase object that we will use to perform these operations. In our gradle script, we could specify the name of the database. 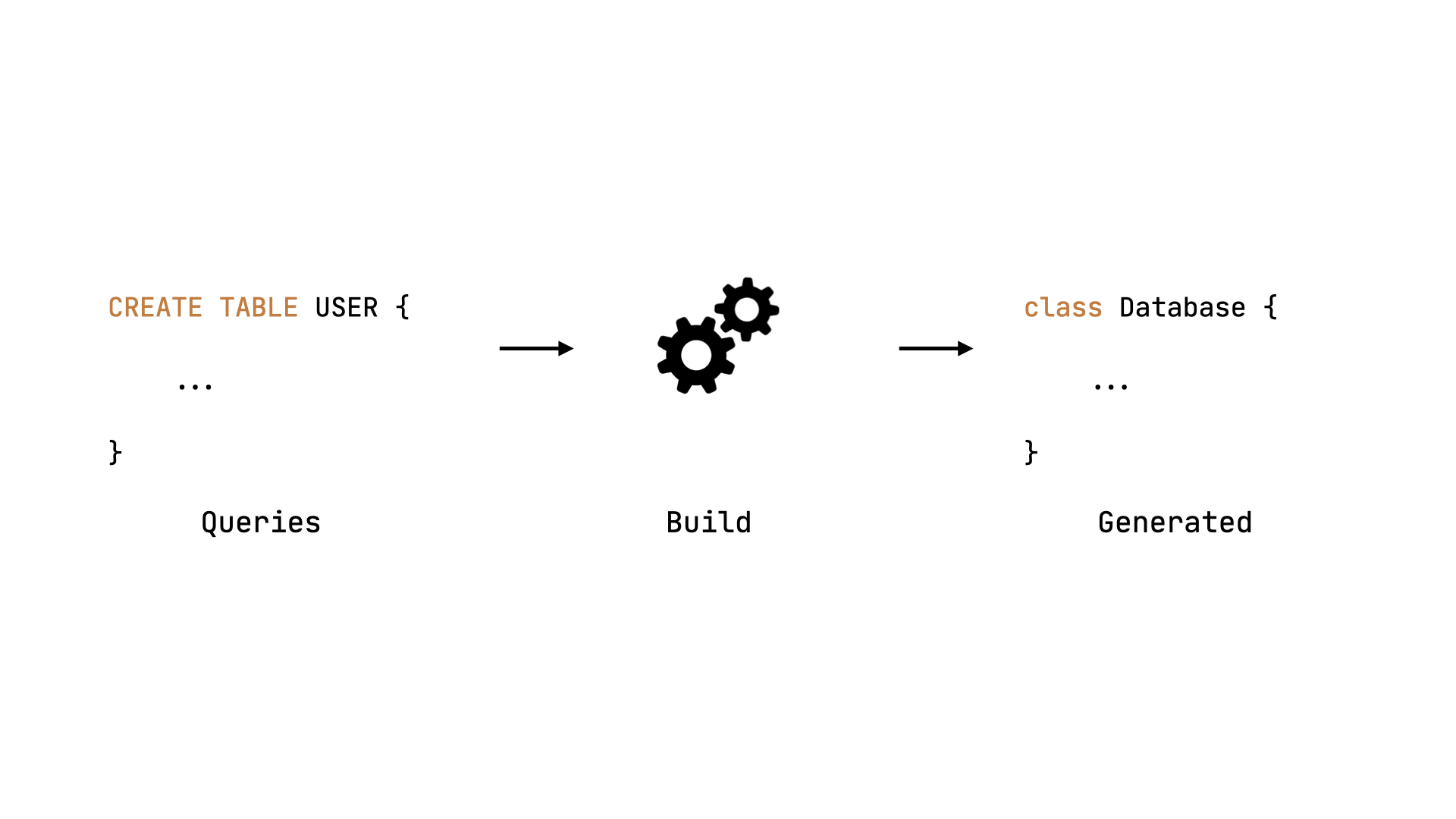 We’ll create a wrapper around the generated database.

We’ll use this database class in our client.

When I first started using Kotlin Multiplatform in 2018, it was a challenge to build something as simple as I’ve outlined. It’s great to see how far in a little time multiplatform support has come. Touchlab has a starter project that makes it easier to integrate it. It has a scaffolding with logging, cocoapods integration and common libraries configured for you. It’s very helpful to get you started. 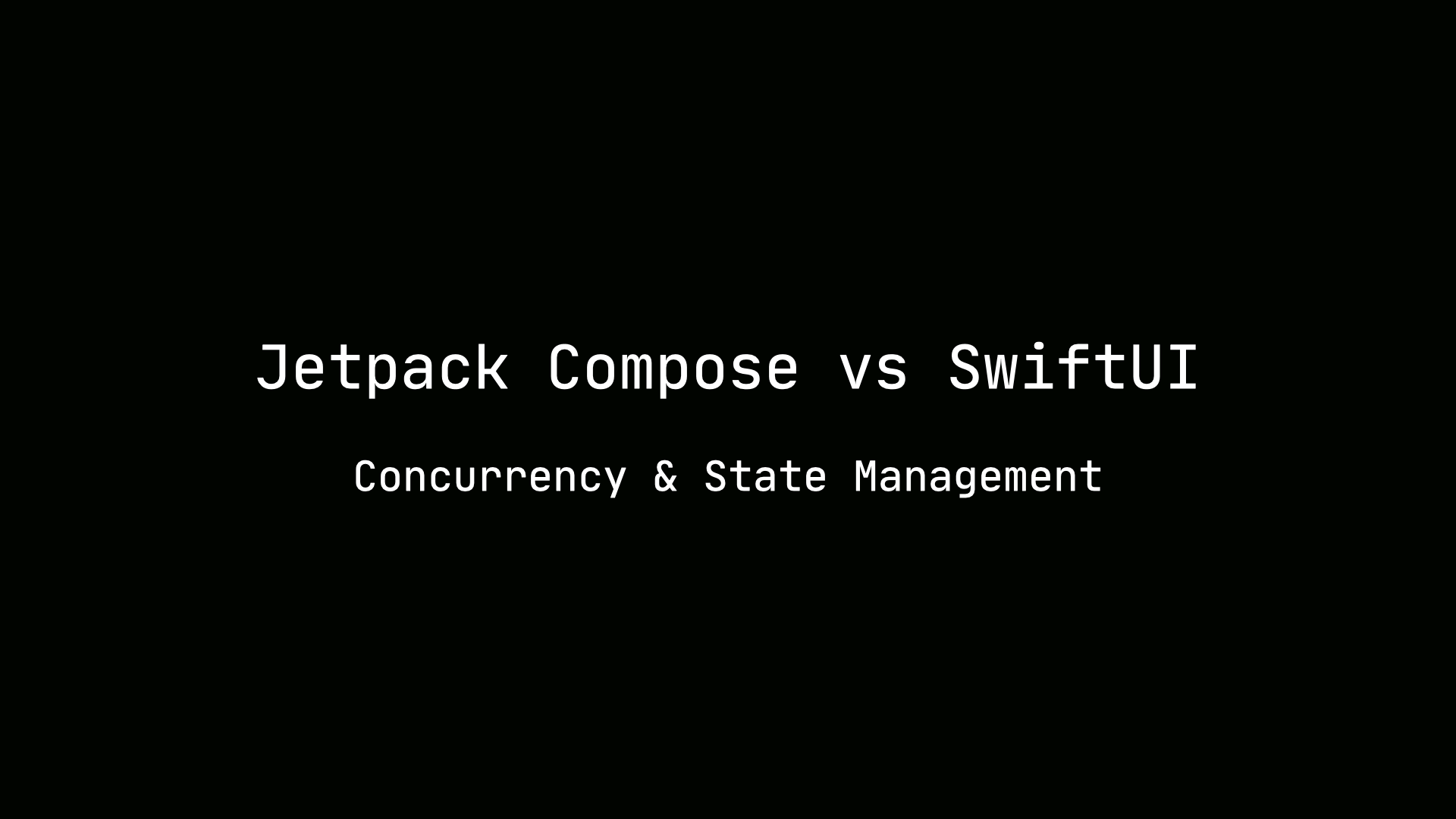 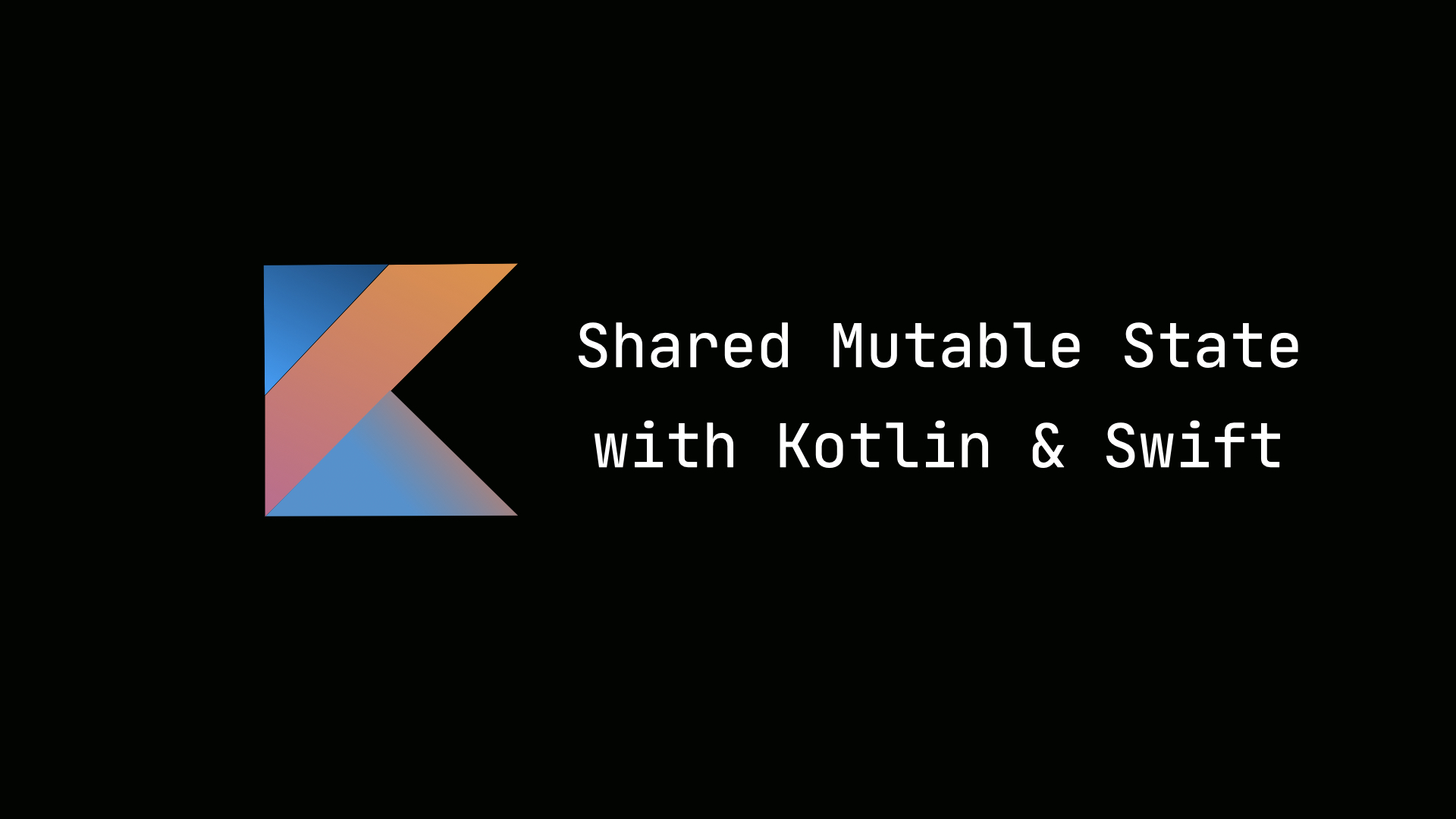 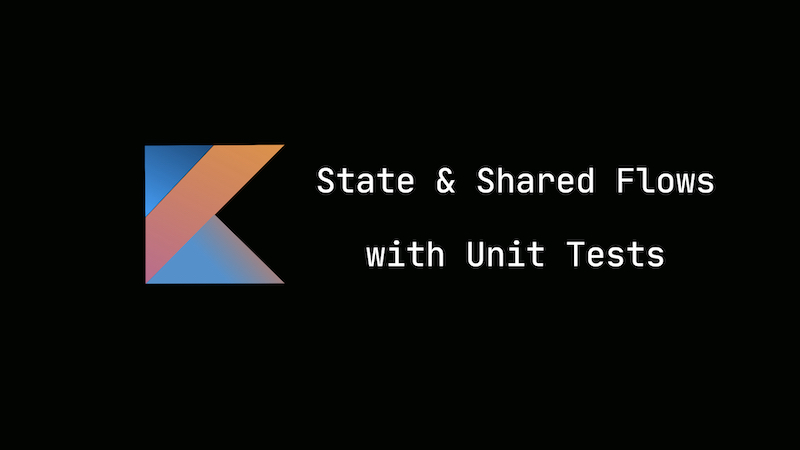 Learn about all of the features of State & Shared Flows.